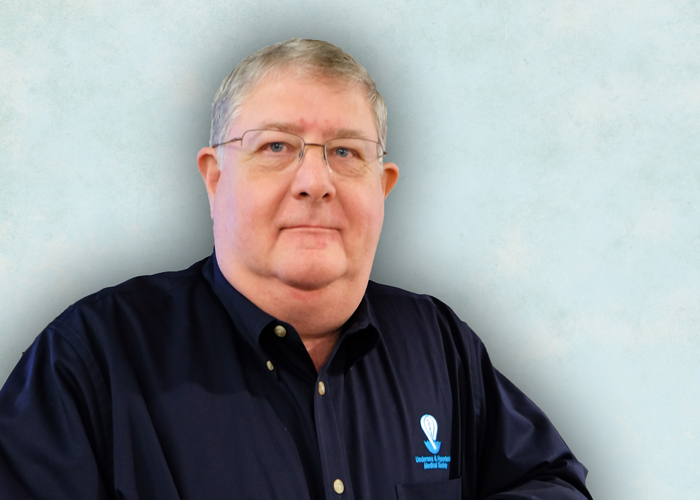 Tom received his BS in Biology in 1972 from The Citadel and his MS in Education in 1978 from the University of Southern California.

Tom began his career in the Air Force as an Aerospace Physiologist in 1972, training aircrews for high altitude flight.  In 1981 he completed a Fellowship in Hyperbaric Medicine and was assigned to the USAF Hyperbaric Center at Brooks AFB, where he subsequently became Director of the Center.  After 23 years of military service, he retired in the grade of Colonel.

In 1995, he became Vice President of Engineered Medical Systems, responsible for hyperbaric chamber design and testing.  In 1999 he created Workman Hyperbaric Services to provide consultative services for hyperbaric systems. In 2001, he joined the UHMS staff as Director of Quality Assurance & Regulatory Affairs, and created the UHMS Facility Certification Program. He has served on the two primary safety code committees that affect clinical hyperbaric facilities: NFPA and ASME-PVHO.